Here is a video of the Scottish psychiatrist R. D. Laing, filmed at the height of his fame in 1973.

I’m not sure why I am posting this: it just seems somehow remarkable. It is an odd conversation; and more than a little disturbing.

Is it supposed to be funny? I don’t know. It is intriguing because on the surface it seems phony. And yet what is most troubling – regardless of the biographical veracity of the details – is its sheer excess of authenticity.

Laing’s short storytelling at the end feels of a piece with his earlier face-pulling: a matter of posturing, playing and pretending. It is pointless to dwell on whether the story is ‘true’ given that – for Lacan at least – it is in the most hysterical lies that we unwittingly articulate the truth.

The variety of user comments on the YouTube clip all seem entirely right: everything from ‘pointless, charlatan shite’ through to ‘an absolute genius – and for that we will never forgive him’.

Or, as one viewer said, ‘I think I’m in the weird part of YouTube again’.

There has been a bit of background chat in recent years about the correspondence between geography and poetry. A conference session was organised at the IBG in 2010. Last year, Royal Holloway inaugurated a new MA in Place, Environment, Writing with a lecture by Sir Andrew Motion.

One of the animating figures of this new programme is the geographer Tim Cresswell who has his own new collection of poetry out later this year.

And here in the parish of @EdinGeography, we hold our seminars under the mustachioed visage of poet and geographer James Wreford Watson – a doppelgänger of Bruce Forsyth – whose acclaimed landscape elegies in the 1950s were laced with an edge of genteel smut. 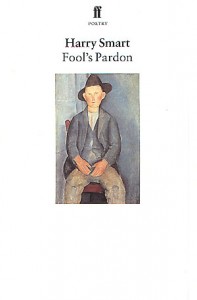 Admittedly, Smart is less of a geographer-poet than a poet who happens to have a PhD in geography. His thesis, submitted to the University of Aberdeen in 1984, was later published as a Routledge monograph – Criticism and public rationality: professional rigidity and the search for caring government (1991).

One suspects that geography was not, for Smart, a formative intellectual home; in any case, he left it behind sometime before the ‘cultural turn’.

Living in Aberdeen, and later in Montrose, Smart took some cultural turns all of his own, leaving academia to become an evangelical lay preacher, then a poet. Three collections with Faber can reasonably be called success.

After poetry, fiction: his political thriller set in 1960s Africa was titled Zaire (Dedalus Books, 1997), though the fact that the country of that name immediately declared itself as Democratic Republic of the Congo probably didn’t help sales.

In 2000, Smart enrolled in a Master of Fine Art at Duncan of Jordanstone College of Art in Dundee where he undertook painting and photography – you can read some of his reflections on his art practice here. 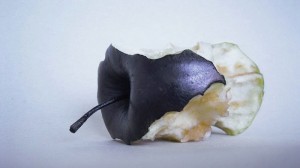 It’s fair to say that his visual art, like his writing, does not shy away from darker themes. His website – distinctly NSFW, as they say – is a fascinating labyrinth of essays, excerpts, poems, photos, art and erotica. Though it hasn’t been updated for many years, it is well worth a visit.

I was intrigued to discover some photographs in which the Montrose railway bridge – designed by the same architect as the ill-fated Tay Bridge – became a backdrop to some calendar shots. This is by no means the most surprising juxtaposition on the website.

The estuarine landscapes of Montrose and the east coast also appear in Smart’s poetry. The following poem, Praise, from Fool’s Pardon, is a particular favourite. A rendering of Scottish Calvinism and landscape, it takes the form of a modern doxology.

It has often come to mind when exploring the Firth of Forth in these dark January days.

That is the point; that is the point.
When you try to wade across the estuary at low tide
but misjudge the distance, the currents, the soft ground
and are caught by the flood in deep schtuck,

then perhaps you will realise that God is to be praised
for delivering dickheads
from troubles they have made for themselves.
Praise be to God, who forgives sinners.