I’ve said it before and I’m saying it again: I love Cockenzie Power Station. 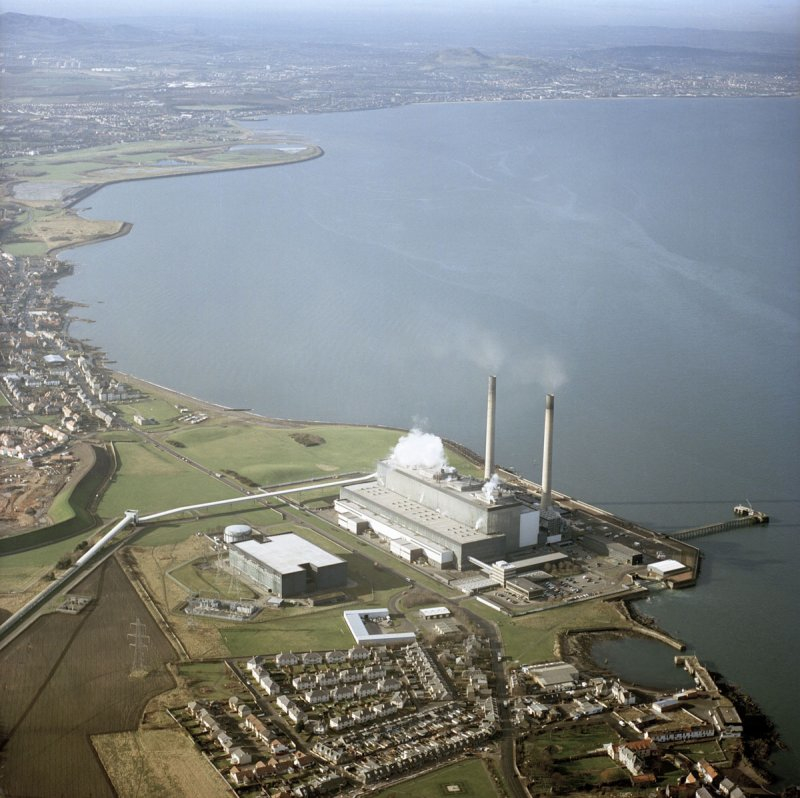 When I hit Portobello prom of a morning, I invariably give it a backward glance. 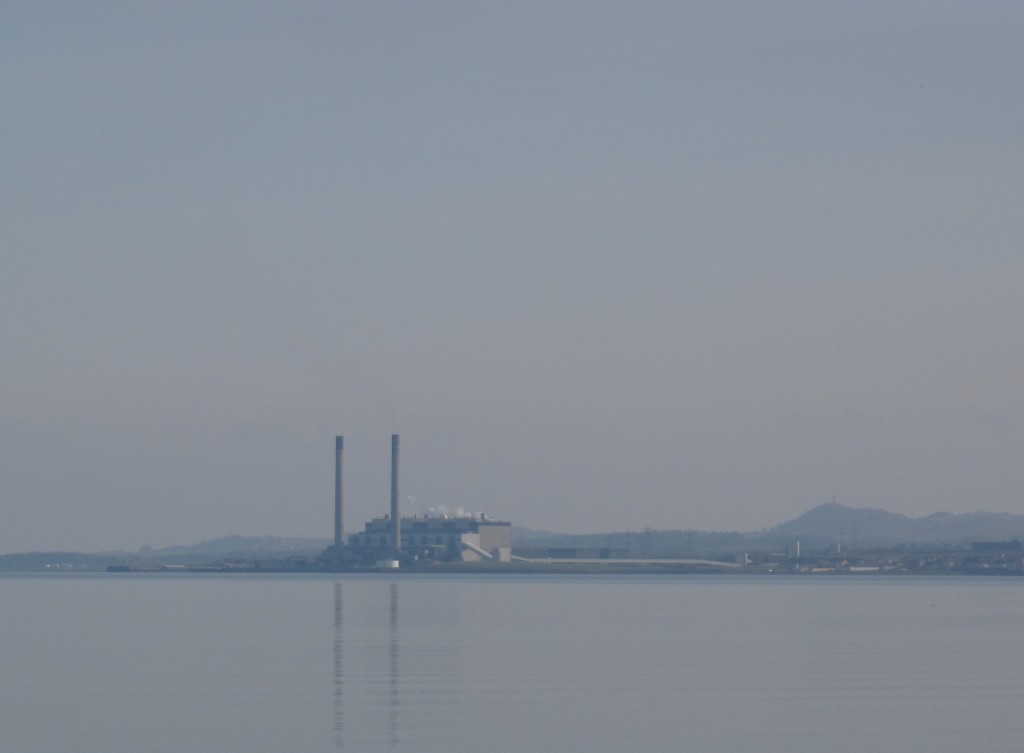 Later, when I’m crossing North Bridge over Waverley Station, I like to check that it is still there.

From this vantage point, the tourists are agog at the Scott Monument, the Nelson Monument, the Castle – even, heaven help us, at the Balmoral Hotel.

I’d flatten them all for Cockenzie Power Station.

Even from a proximity of ten miles, it looks monumental; the distant outline of Byres Hill gives it a picturesque frame. 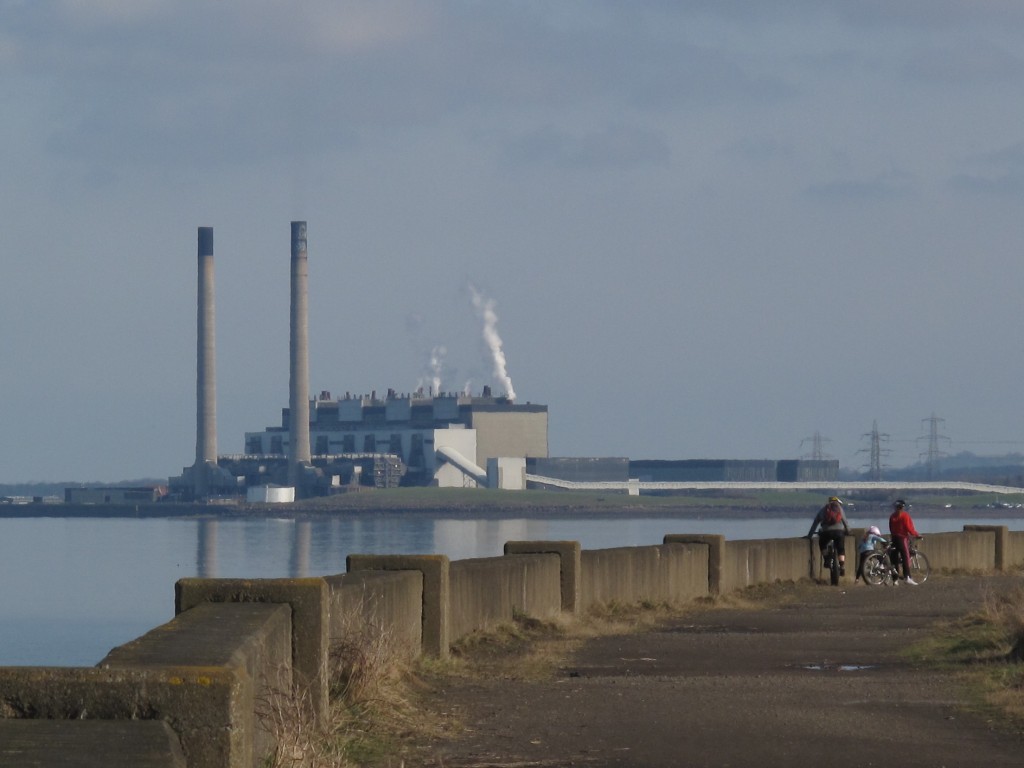 If you have ever lived in Edinburgh you’ll likely know Cockenzie’s distinctive twin chimneys. But given that it is due to close at the end of March, now is probably a good time to give them some proper attention. 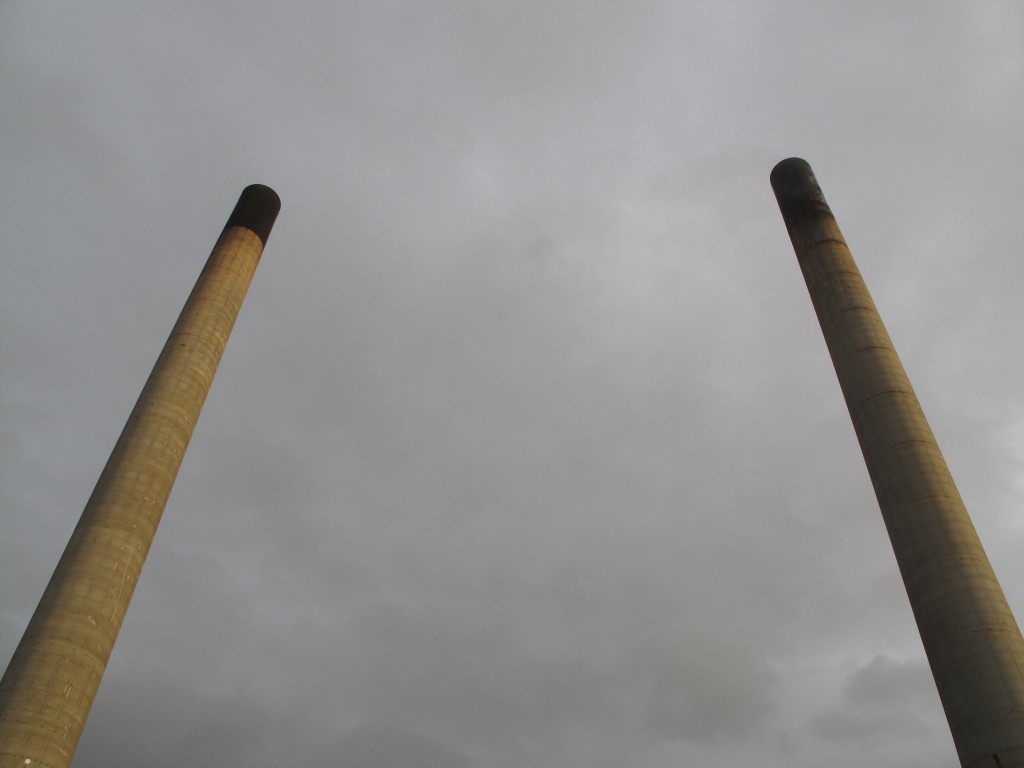 Cockenzie is closing because it positively belches carbon. That is, of course, what it was designed to do – turning coal into electricity – and it has done so productively since it opened in the midst of a turbulent May 1968. 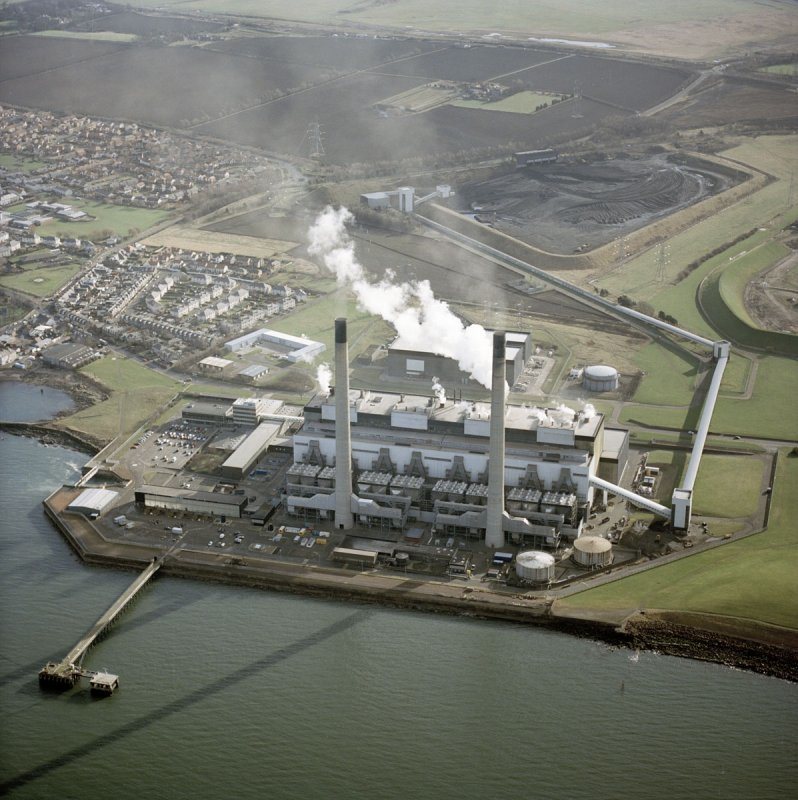 I understand why these behemoths must die and I’m not going to attempt to defend their continued existence.  Borne of good intent into an age of carbon innocence, they have served their purpose well. 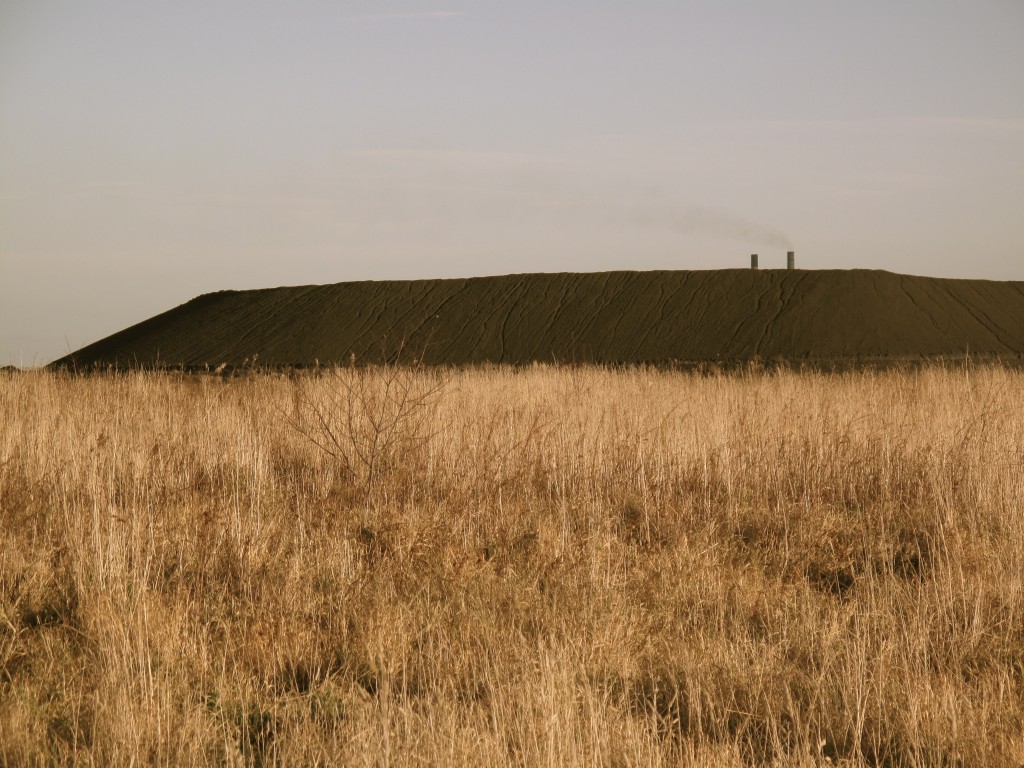 Permissions are now in place to convert Cockenzie from coal to (more efficient) CCGT gas.

This is good news (sort of) for greenhouse gas emissions but bad news for one of the most distinctive landmarks on the east coast. These stately chimney stacks are set to be demolished in favour of two rather diminished replacements.

The aesthetic effect of this change is, as you can see from Scottish Power’s visualizations, fairly lamentable. 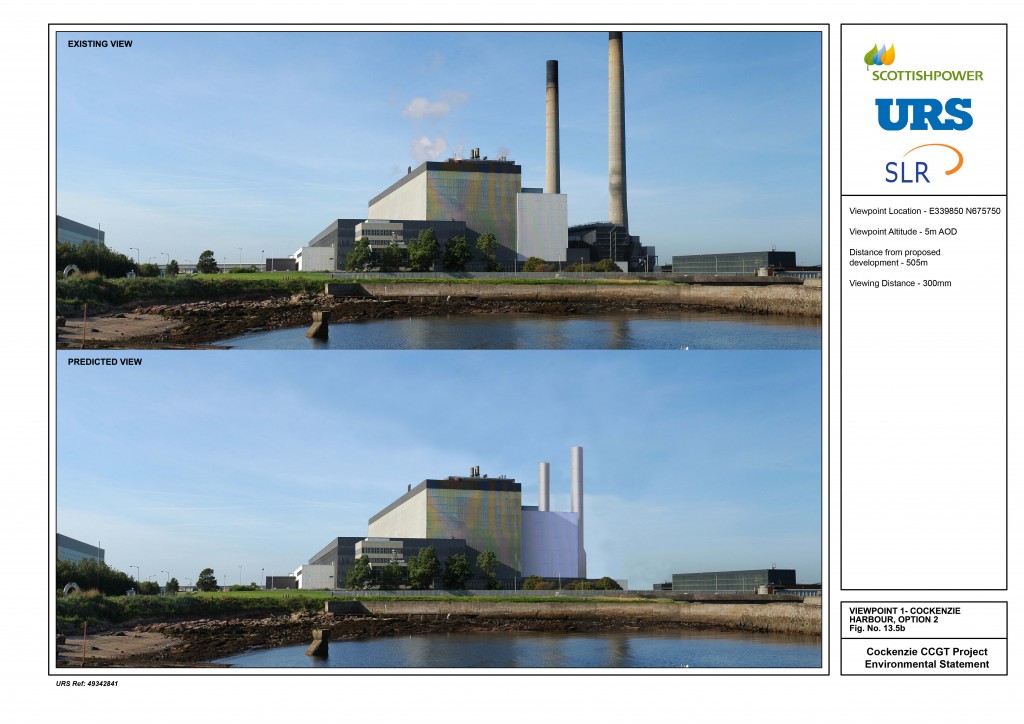 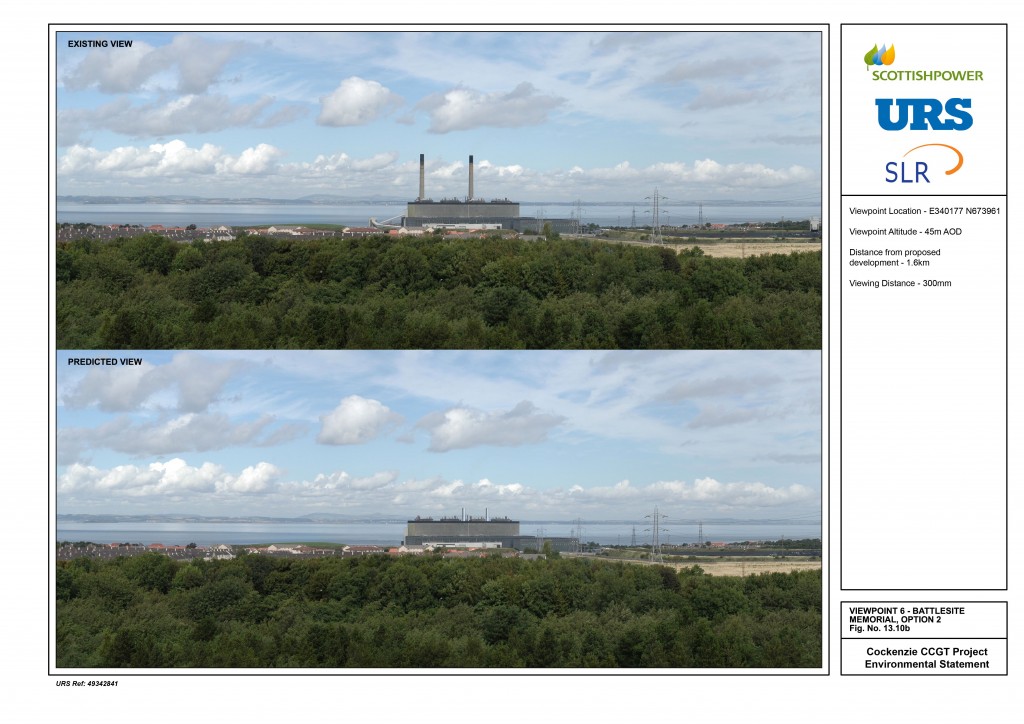 This is perhaps why I’ve been particularly attentive to Cockenzie in recent months – enjoying it, as it were, from every angle. 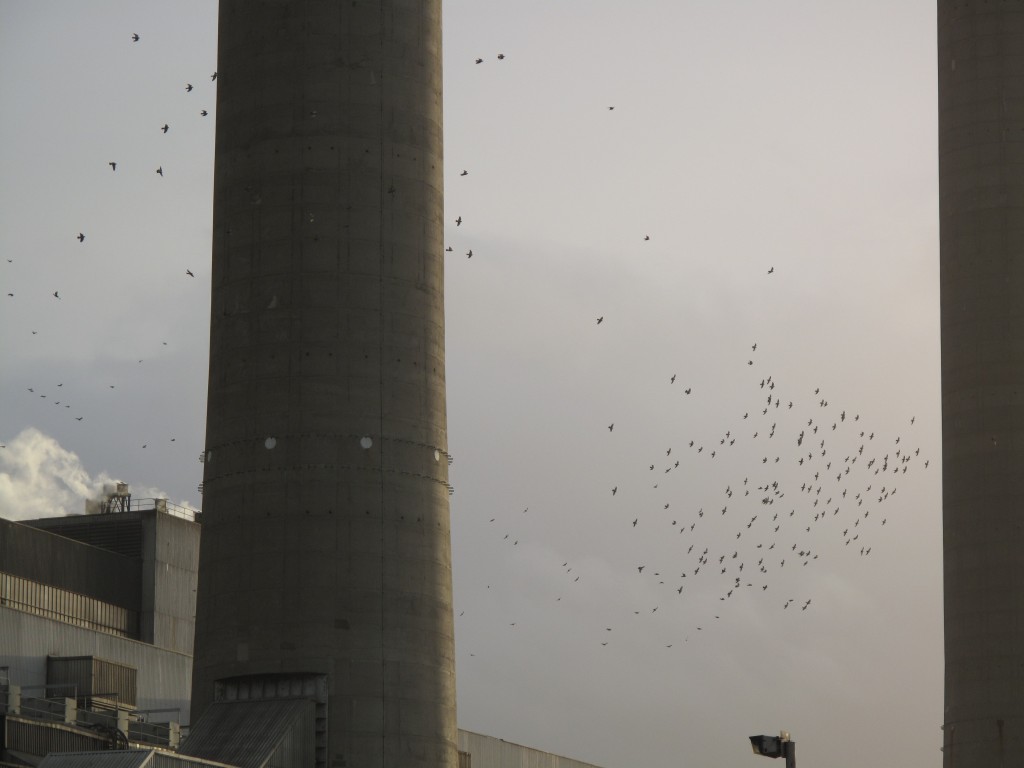 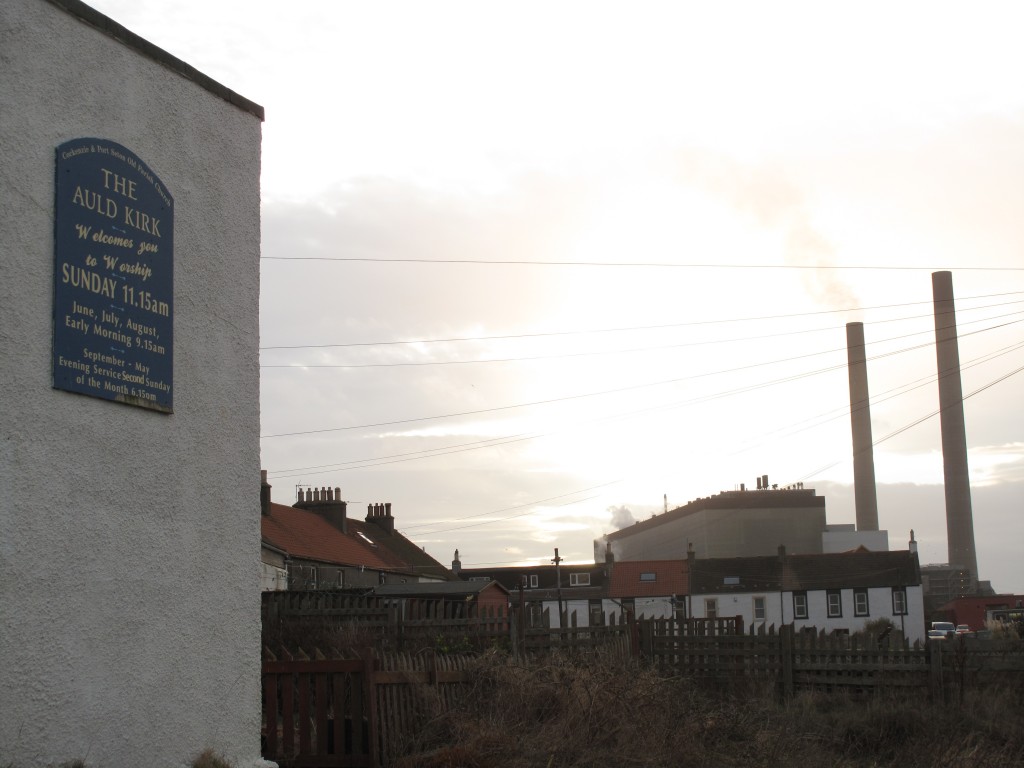 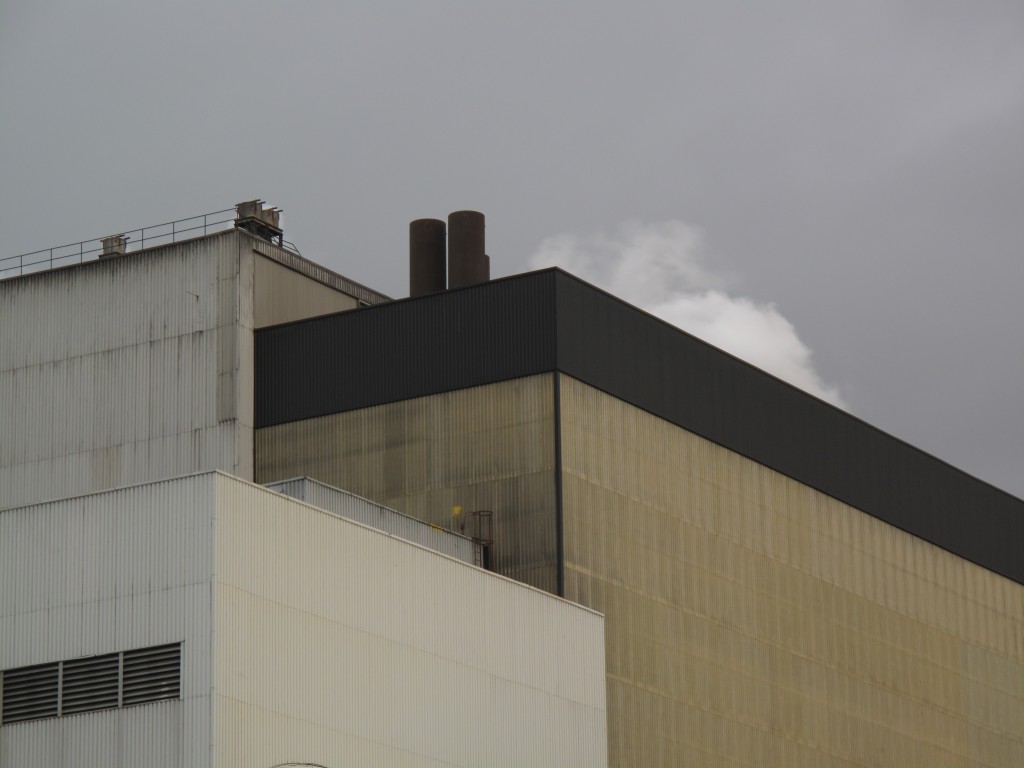 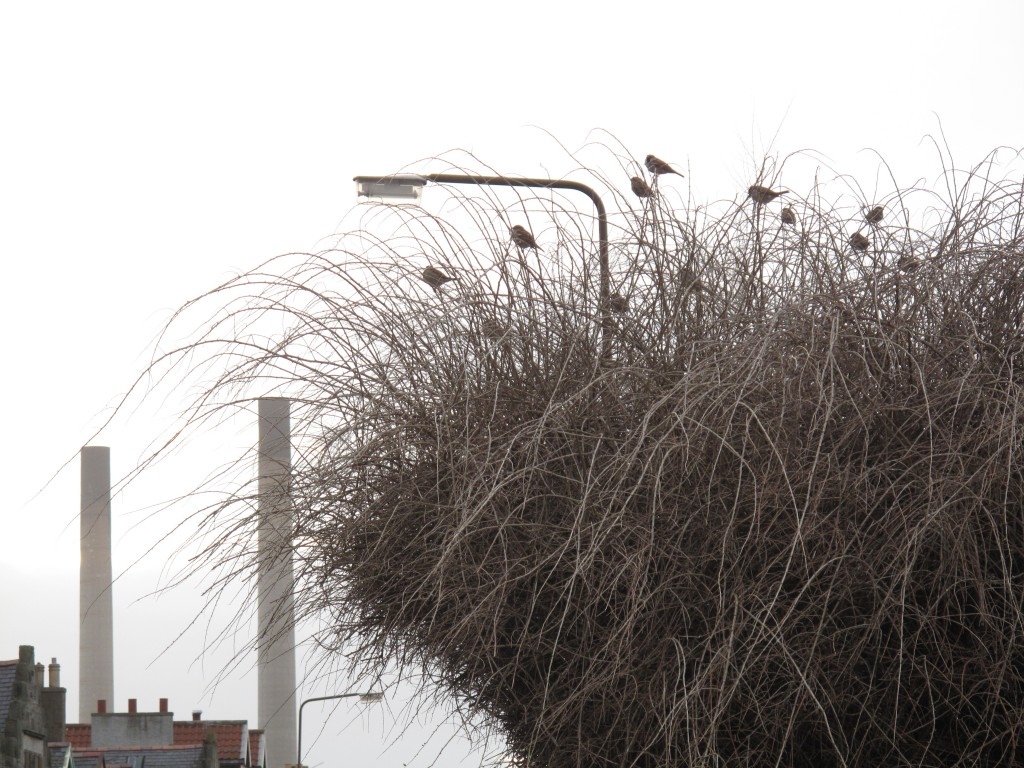 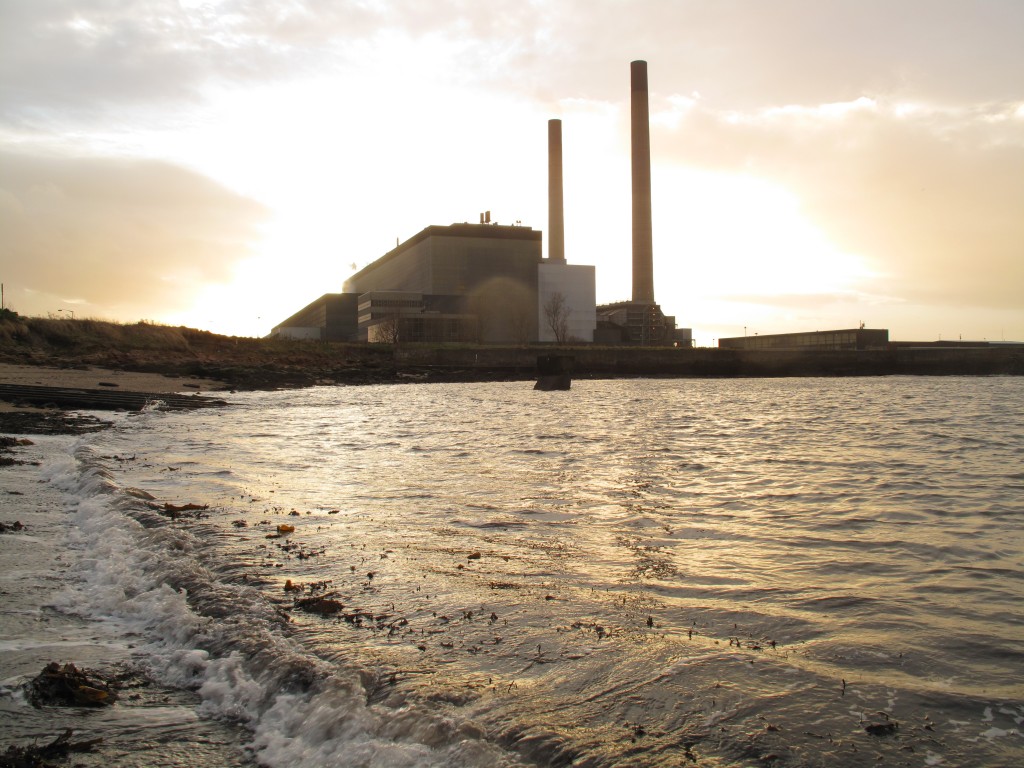 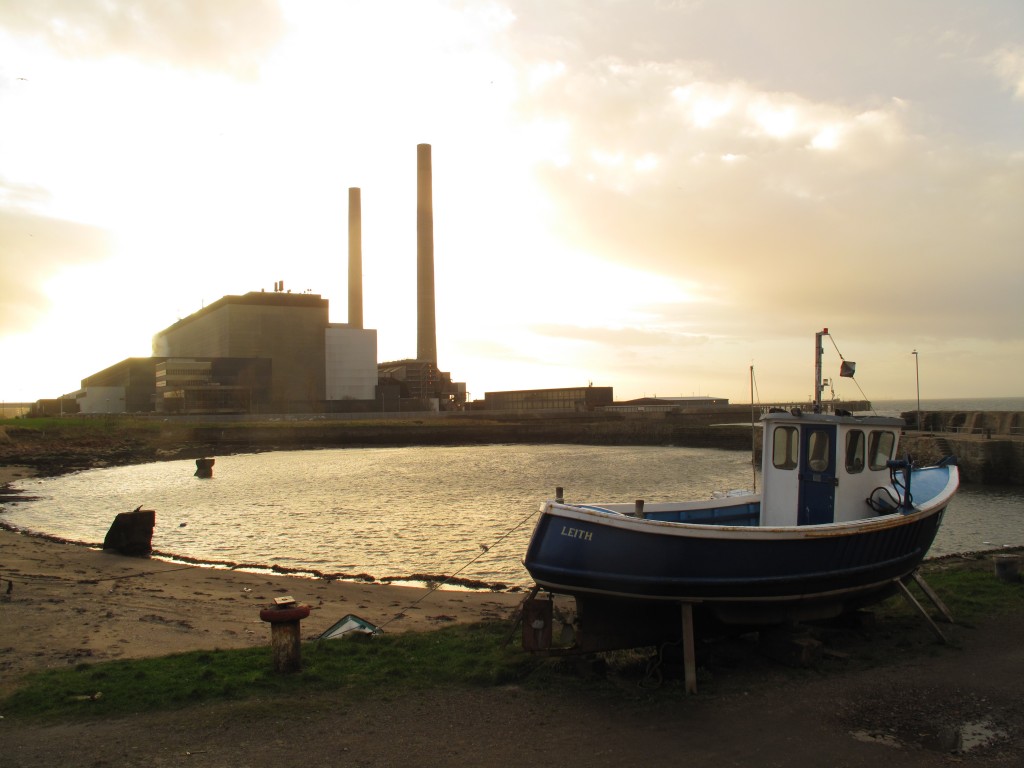 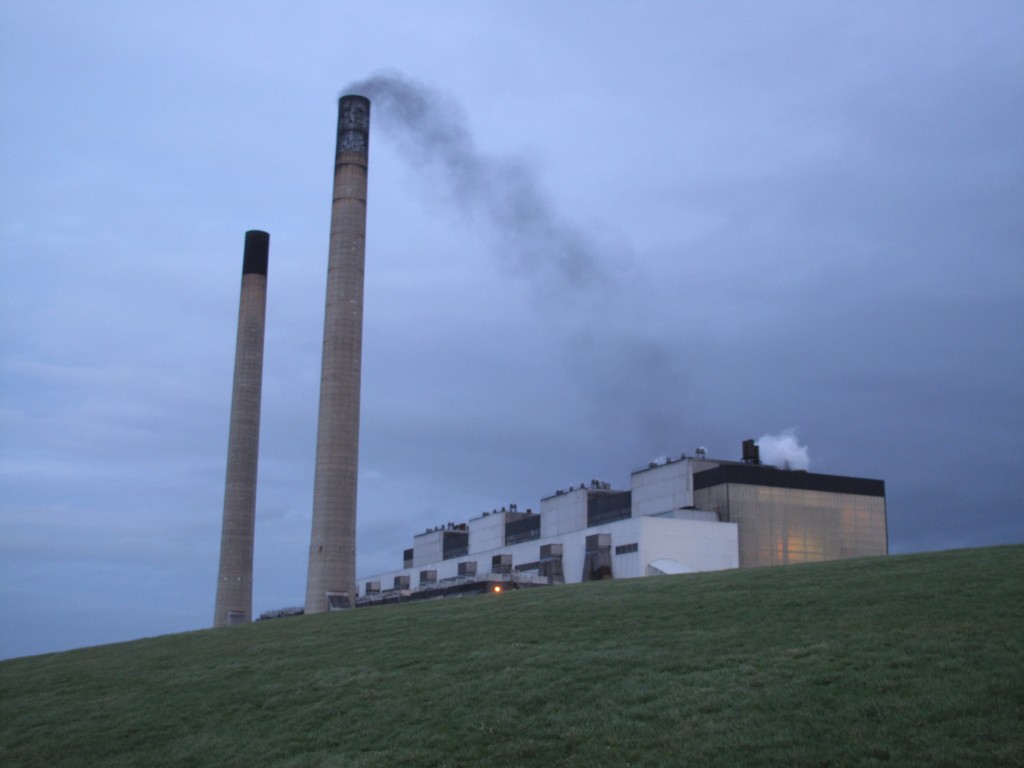 I can see that it doesn’t make sense to import coal from Russia now that our own industry has been destroyed or exhausted.

But the presence of Cockenzie Power Station in the landscape is one of the last monuments to a wider modernist project for the Forth that saw the development of Livingstone and Glenrothes, the Forth Road Bridge and sibling power stations at Longannet, Methil and Kincardine. 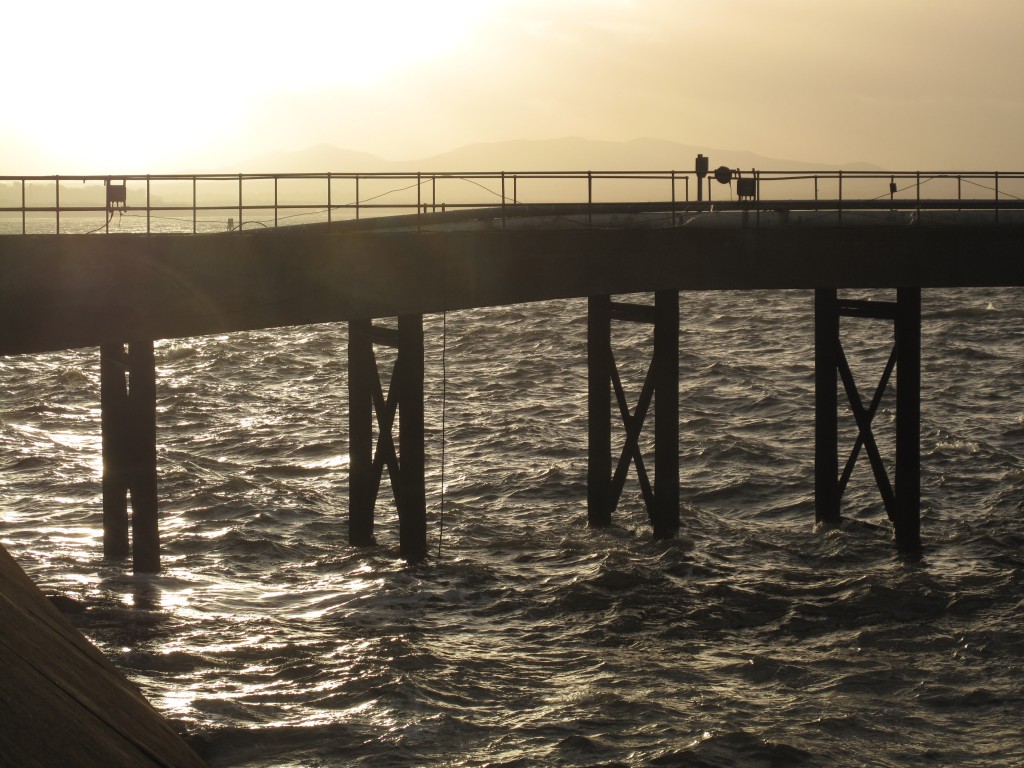 In Portobello, the outline of Cockenzie has a particular resonance given that it was the replacement to our own no less remarkable power station, opened by George V in 1923, and finally demolished in 1976.

It is doubtless too late to save the twin towers of Cockenzie. But it does seem symptomatic of a wider disregard of our modernist heritage as well, perhaps, as speaking to a more general discomfort with our having been modern in the first place.