Last week Edinburgh hosted the annual conference of the Royal Geographical Society – Institute of British Geographers, at which I was co-organising a session on ‘Ludic Geographies’ with Tara Woodyer.

My own paper on rocket toys is something I dusted down from two previous presentations some years ago.  It will comprise only a page or two of my rocket book, but the material is interesting because – as with some of the academic literature on popular geopolitics – it re-orientates geopolitical agency from statecraft to everyday life.

Rocket toys, I argue, were part of the means by which weapons of mass destruction were rendered intelligible in, and transposable to, domestic contexts.

Moreover, certain aspects of play – technical improvisation, making, collecting, ordering, strategizing – are seen to be at work in both playroom and stateroom, toybox and silo.

My interest, unsurprisingly, lies in those toys which replicate JPL’s Corporal missile, the weaponised version of Frank Malina’s WAC Corporal. You can see some of the adverts for these here. 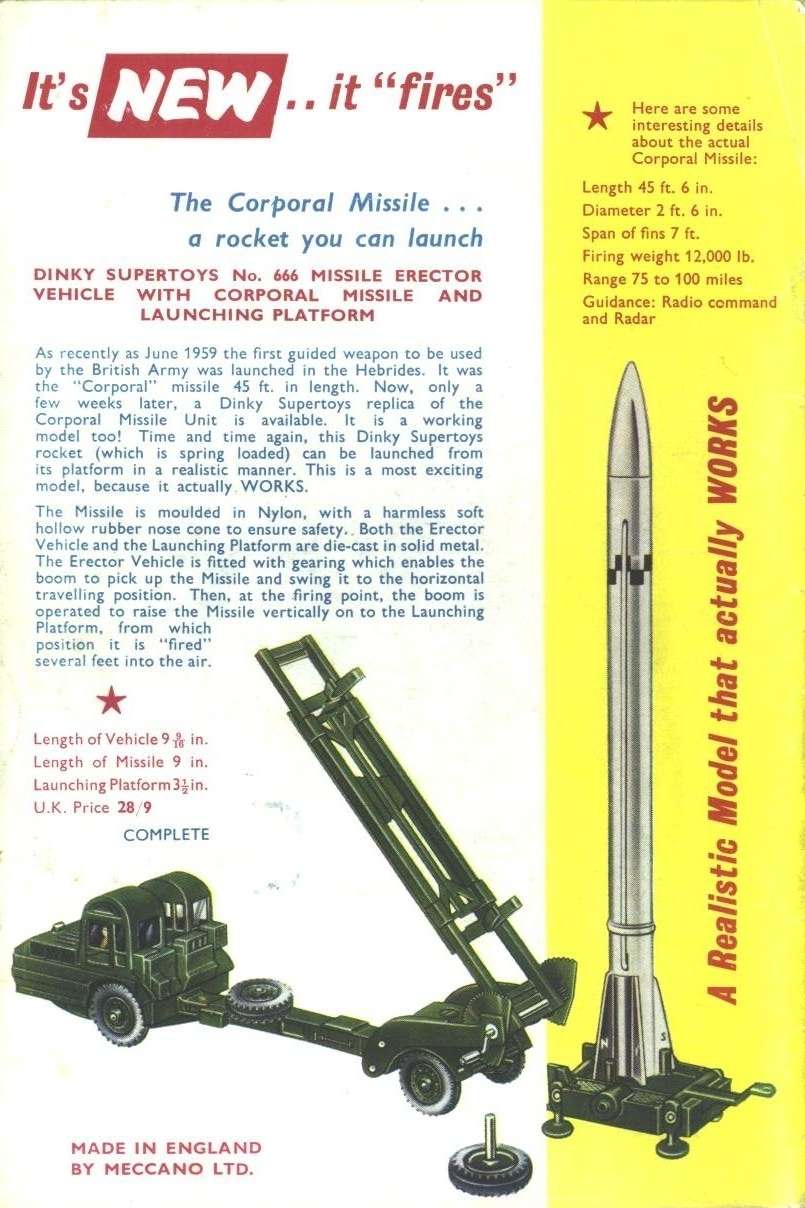 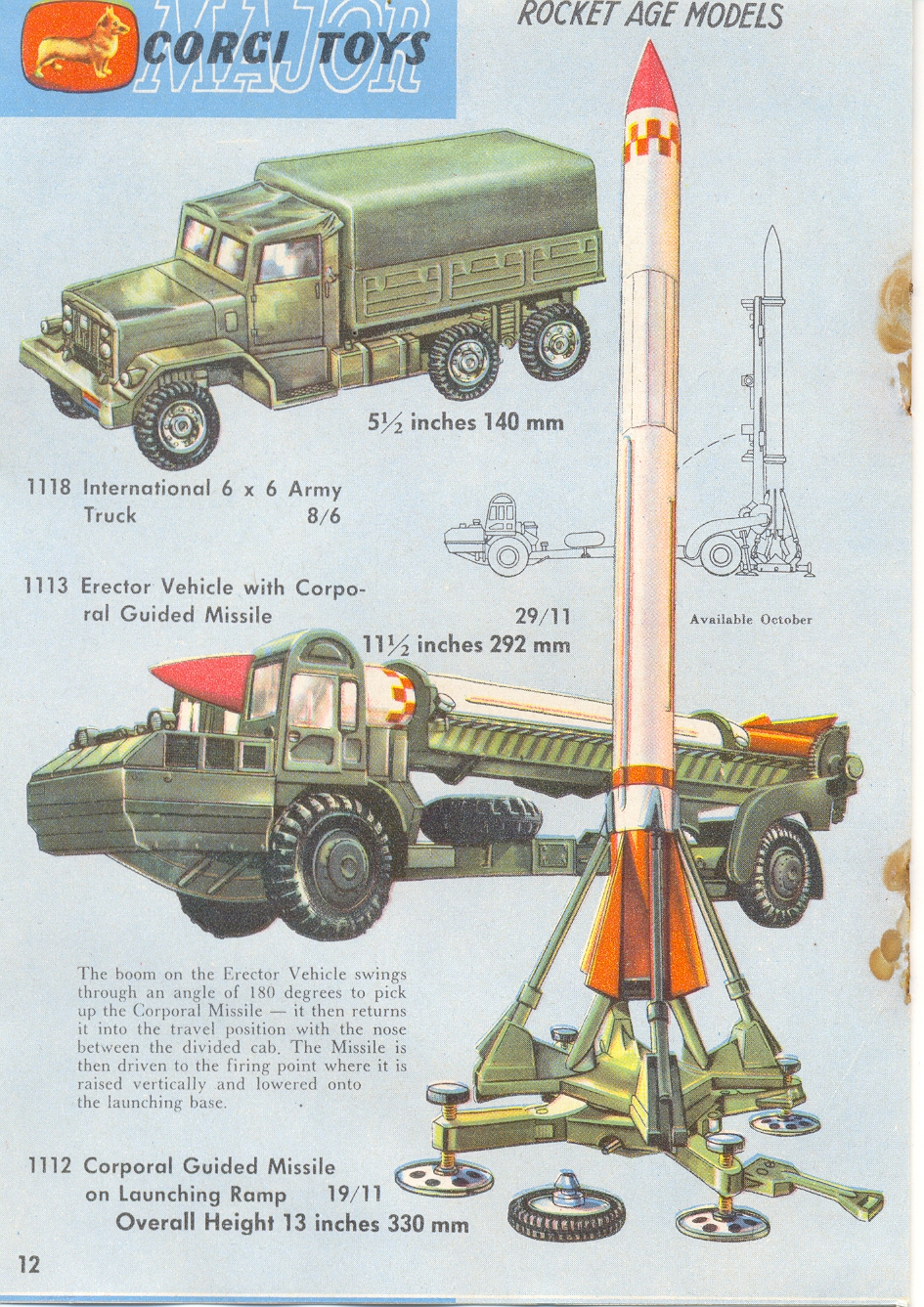 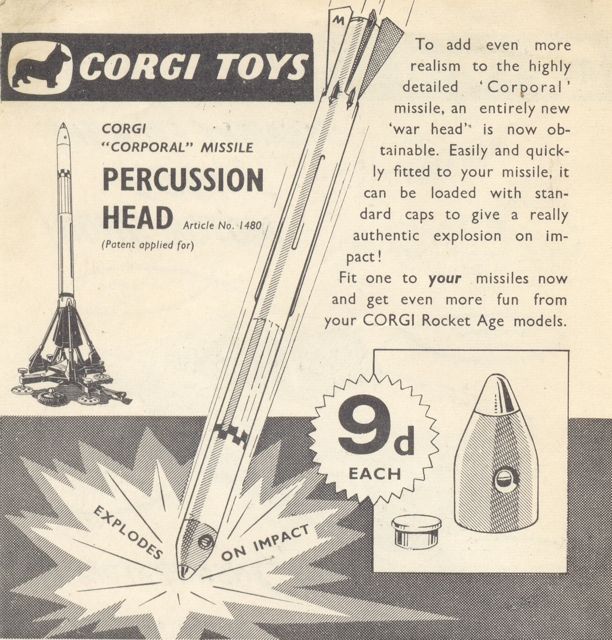 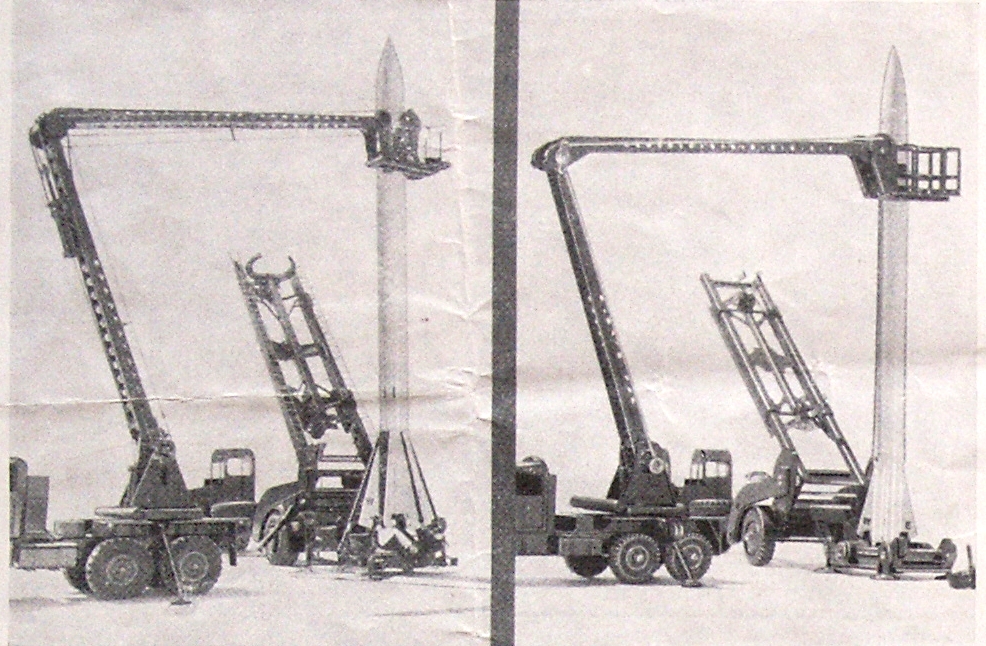 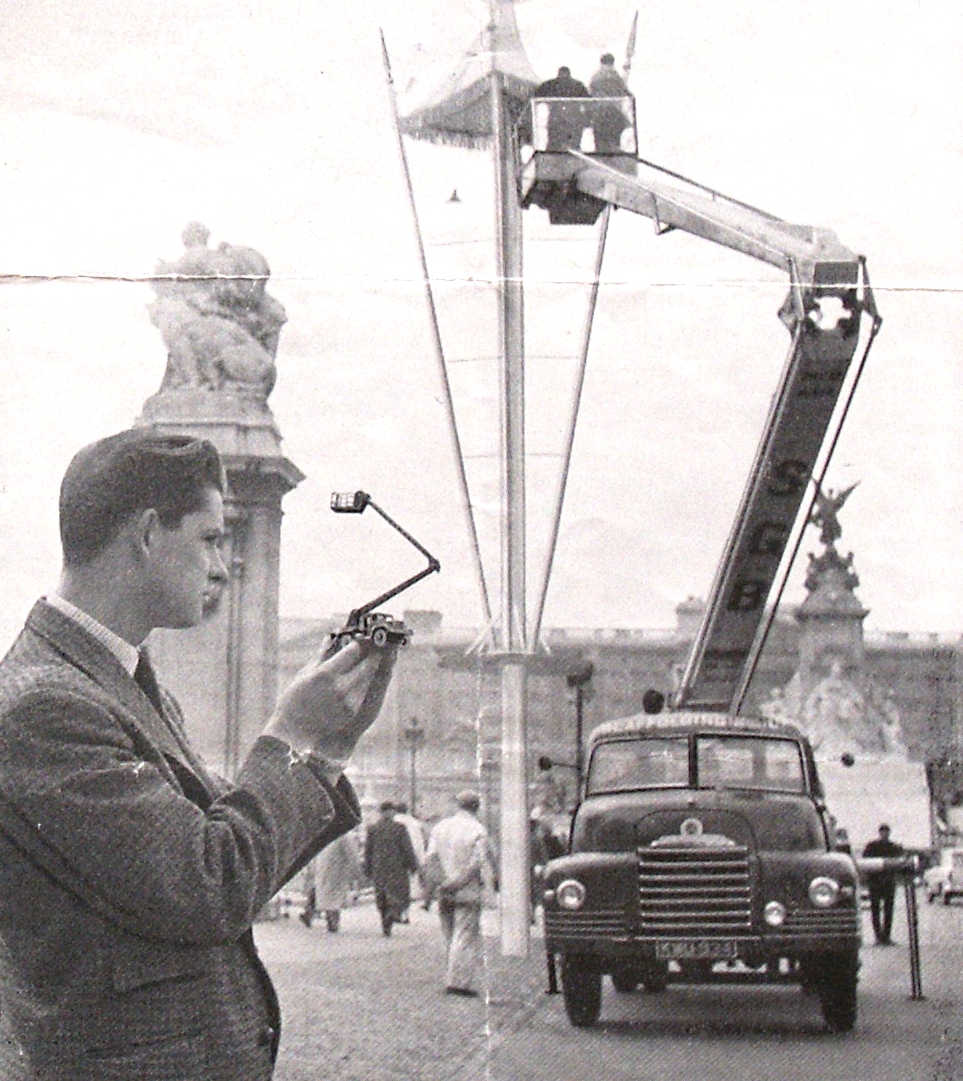 The indistinction between military hardware and its analogue plaything is nicely illustrated in these two sets of instructions, one from the Corgi’s Corporal missile and the other from preliminary operating procedures from now declassified British Army files.

One is formal, earnest and technical; the other is … well … a bit rubbish.

The academic argument of my paper – no need to thank me – goes something like this:

All I need to do now is buff up these bullet points into 8000 words of persuasive argument in academic prose with appropriate citations. Oh dear.