On Saturday 9th June, I donned some stout boots and a hard hat to visit a Catholic citadel. The trip to St Peters Seminary in Cardross was certainly an education – though not perhaps in the ways its founders might have anticipated. St Peters is one of Scotland’s iconic Modernist buildings; it is also a splendid ruin. 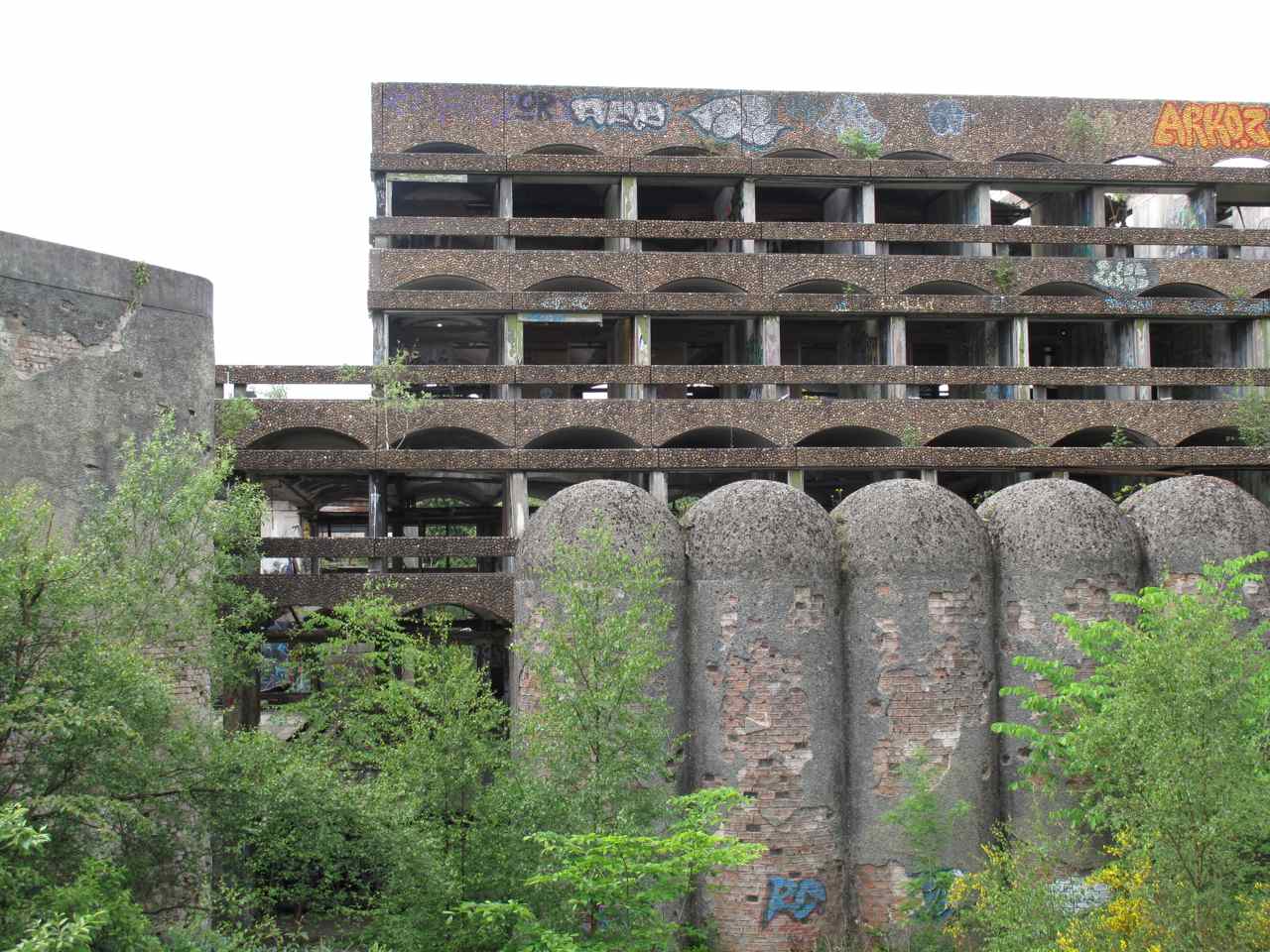 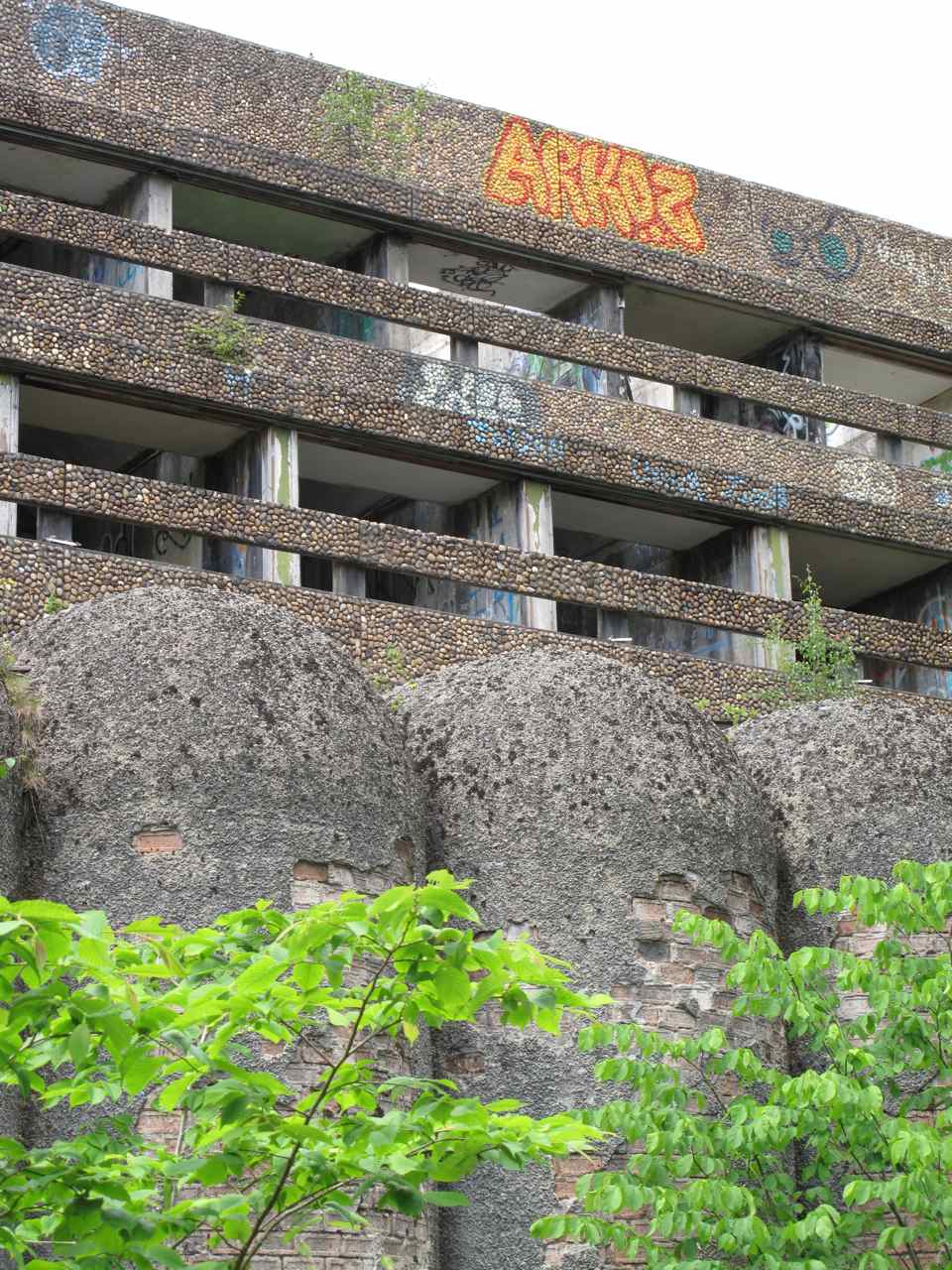 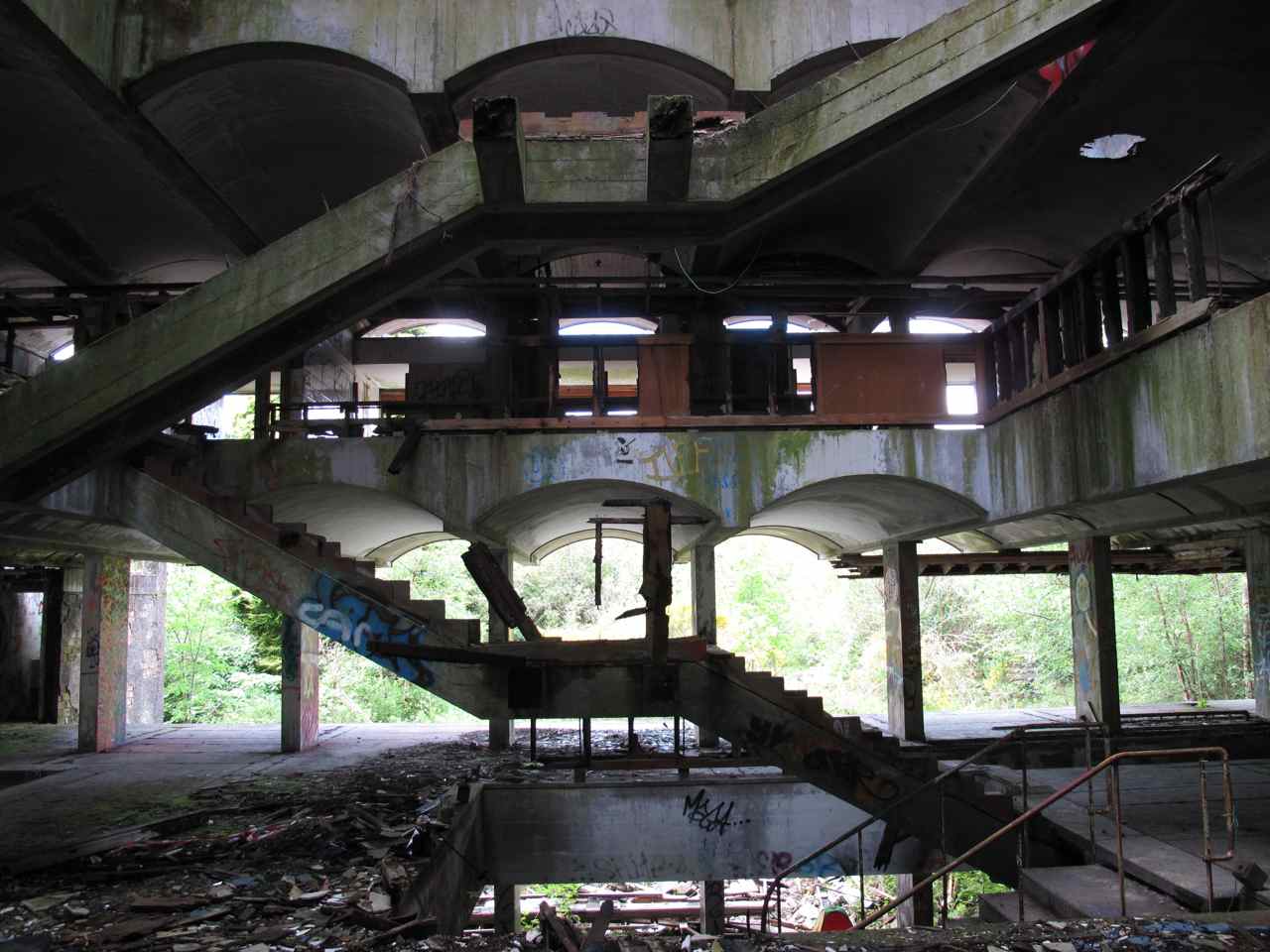 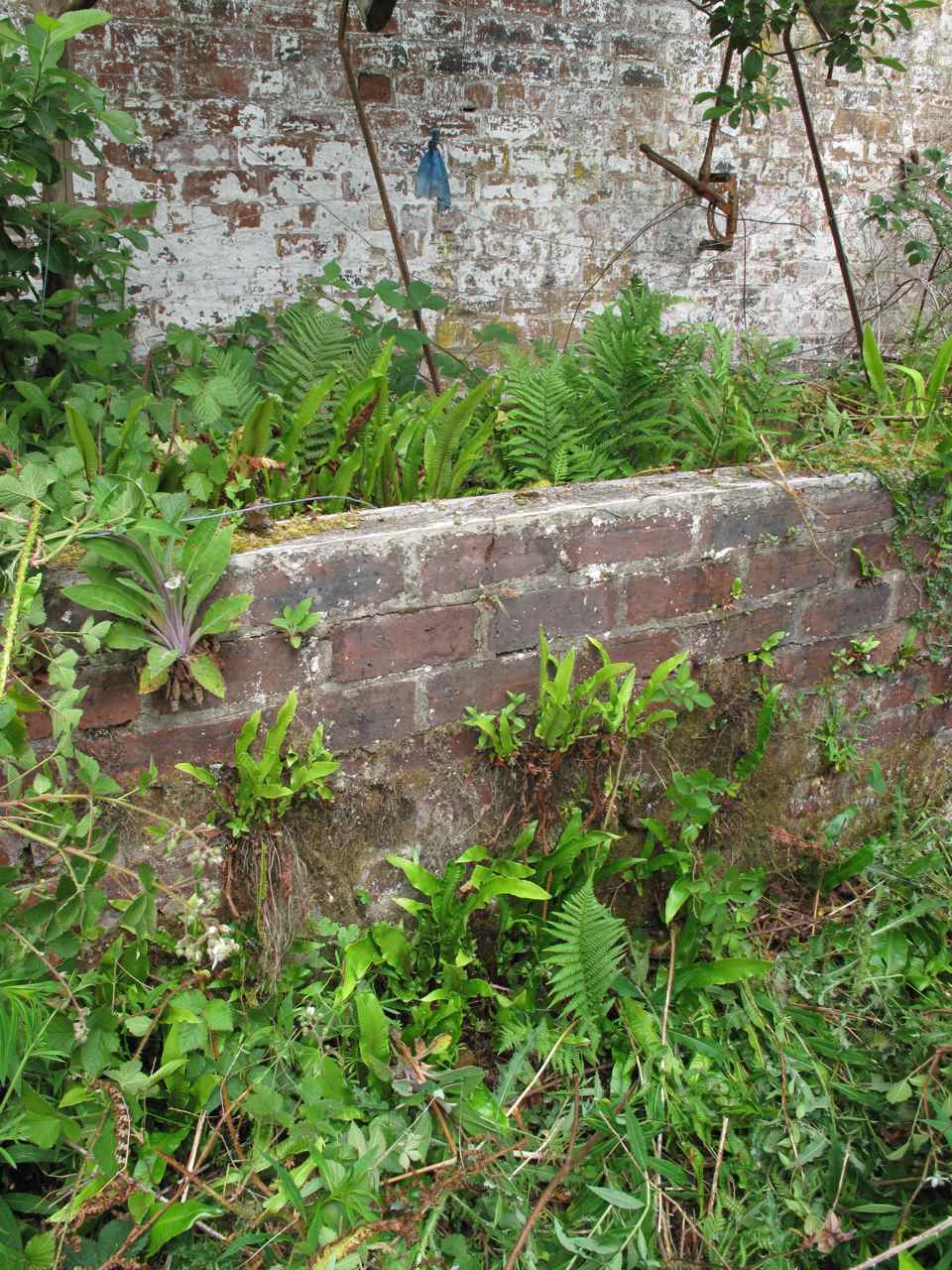 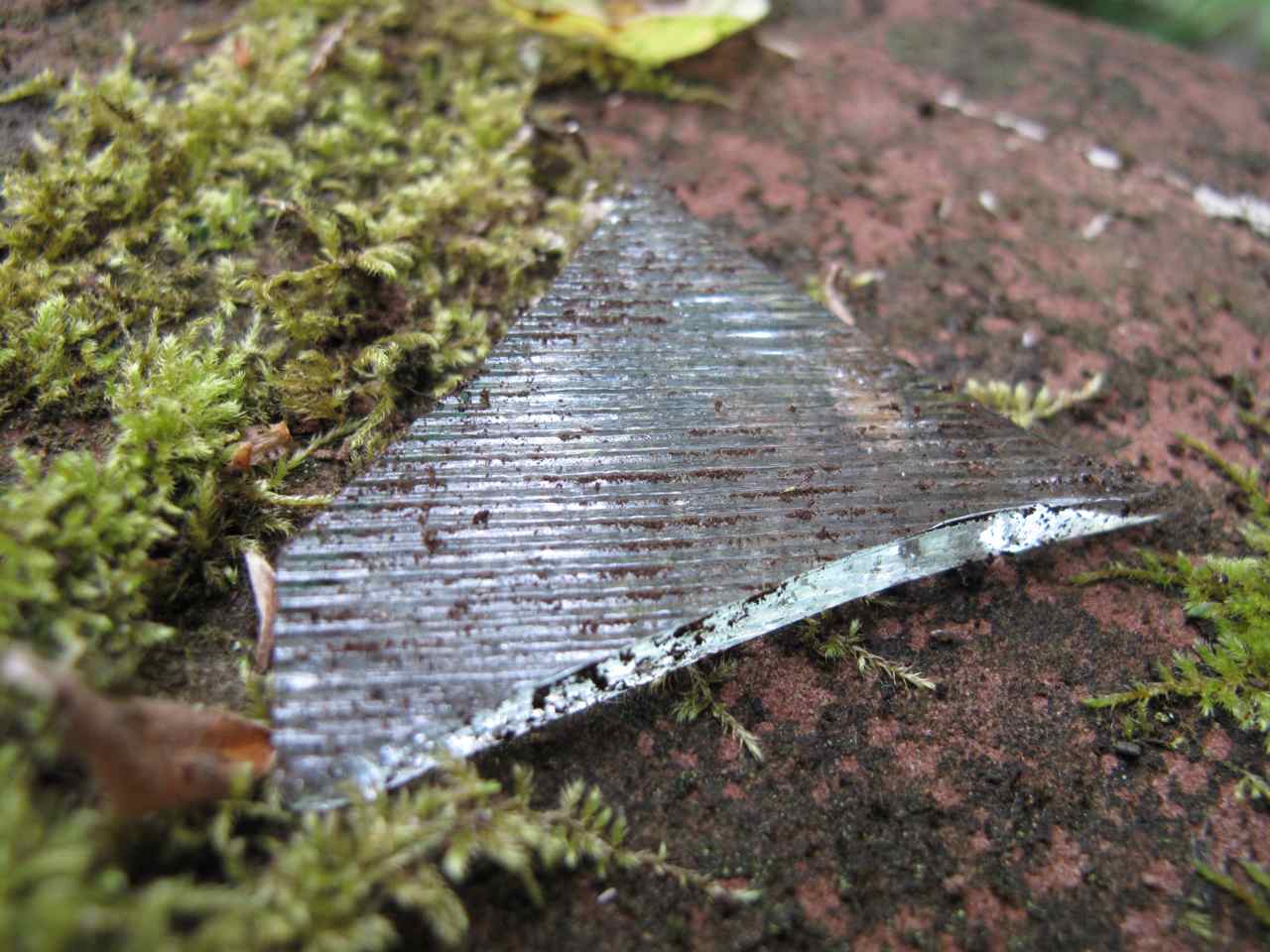 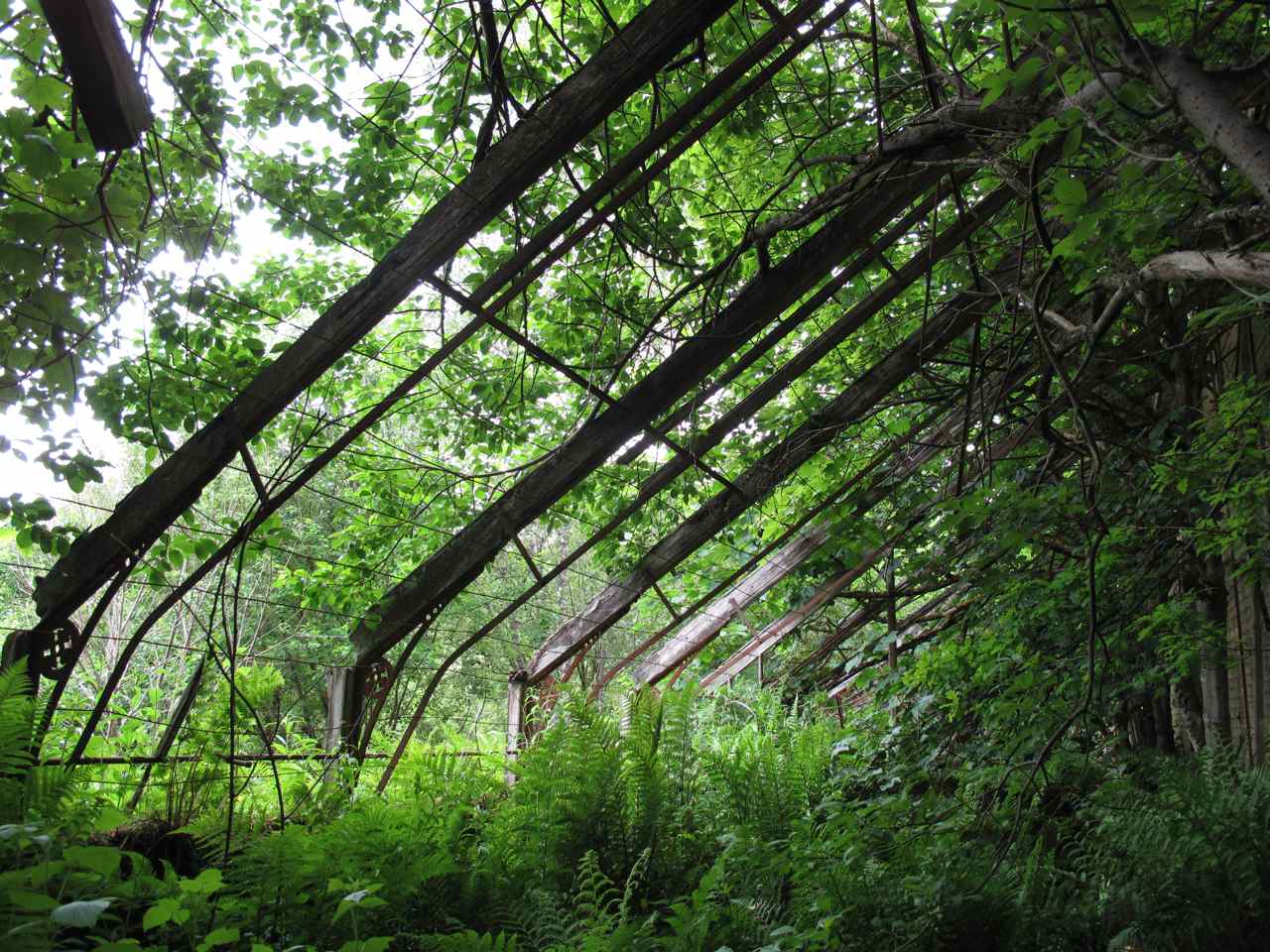 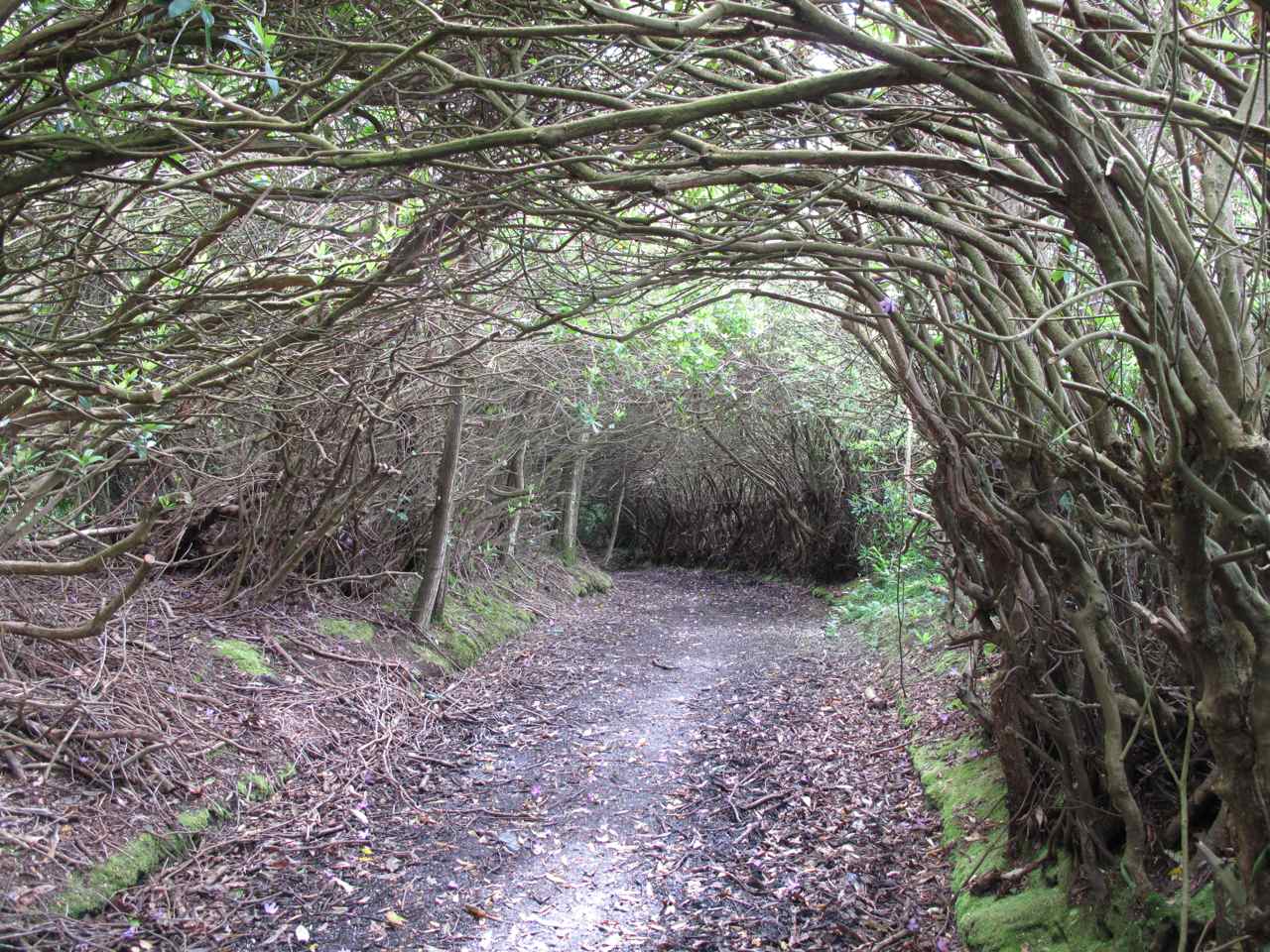 It was a glorious day spent ‘botanising on the asphalt’, to use Walter Benjamin’s memorable phrase, picking over the detritus of utopian architecture and a monastic ideal. And, appropriately enough, it was the botany that moved me most. A seminarium is, after all, a seed-bed – a plot for nurturing our knowledge of creation and Creator.

While the ‘seminar’ is one of the familiar rites of modern university life, we are apt to disavow its religious provenance. Here, in the often dank confines of St Peters, the strained kinship of seminar and seminary were reunited under the avowedly secular auspices of The Invisible College – an AHRC-funded project convened by academics Hayden Lorimer, Ed Hollis and Michael Gallagher together with Angus Farquahar at NVA.

Completed in 1966, St Peters was designed by the architects Gillespie, Kidd and Coia – a piece of monumental Modernism that now enjoys category A listing. 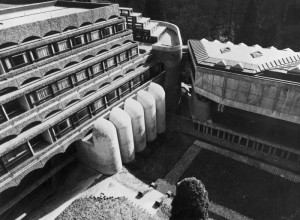 St Peters embodies a familiar paradox: that the building has found greater favour as a ruin than it ever did when it housed the diminishing supply of priests in training. It is now a place of pilgrimage for urban explorers; it surely won’t be long before it acquires that ultimate hipster accolade of being featured on Fuck Yeah Brutalism.

It is, for all that, a remarkable place – not just the seminary itself but the many other ruins on the estate, which once featured Kilmahew House, a large Baronial pile that dates from the mid-nineteenth century. Ruins are heaped upon other ruins.

One of my tasks of the day, as a member of The Invisible College, was to do a little digging through this palimpsest. I was dispatched to the former greenhouses of the old walled garden of Kilmahew House where, not unexpectedly, I found a lot of broken glass.

Among the more interesting vestiges of the greenhouses in their glory days were the self-propagating epiphytes that have now colonised the crumbling walls. These are bird’s nest ferns (Asplenium nidus), originally from Asia and Polynesia, but naturalized in Britain as a glasshouse stalwart in the era of high Empire.

To inhabit these spaces is to enter another age – one which, for me, also has a family connection. A neighbouring ‘Big Hoose’, comparable in grandness to Kilmahew, can still be found across the Vale of Leven at Overtoun. Alas, the walled gardens and greenhouses of Overtoun House have since been demolished. My grandfather, James Salmond – from whom I acquired my modest gardening knowledge – grew up there as the gardener’s son. He was doubtless familiar with the setup at Kilmahew. Gardening on a grand scale was all my grandfather knew – at least until he became another child soldier in Europe’s imperial war.

The Salmonds, like other branches of my extended family, were originally Presbyterian. Which brings me to a question: why was it Catholicism that favoured Modernist architecture? It is actually hard even to imagine the words ‘Scottish Presbyterian’ and ‘Modernism’ in the same sentence.

The easy explanation is that Presbyterian expansion was largely a nineteenth century affair. But as I wrote in a paper (1mb PDF) a decade ago, the theology of protestant architecture is oddly aligned with the principles of Modernism: a stripped down aesthetic that gives primacy to function; and a worship space shorn of ornament, so as to emphasise the centrality of the Word. 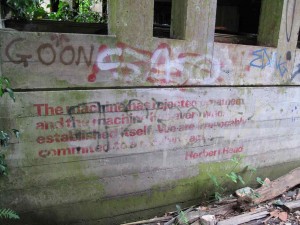 As film footage of the St Peters chapel shows, similar principles found a welcome home in the post-Vatican II Catholic church. It is interesting to note that the construction phase of St Peters (1961-1966) closely parallels the duration of the Second Vatican Council (1962-1965), even if the Catholic affinity for Modernism is clearly much older.

As the ruins of the machine age are now encased in ivy, this uncompromising sentiment now seems slightly quaint. It is the living ornament that so often has the last word.